STEVENS LETS THE CAT OUT OF HIS BAG

Now he is back in his business of music. But this time it looks more like a mission rather than a business. Cat Stevens has, at last, reemerged from his self-imposed khalwah (retreat) from music. Many may wonder why the holy shaykh has returned to his 'unholy' trade. He is at a cross road again when he sees the faith, which he has chosen to spend the rest of his life, has been hijacked by ignorant and tyrant extremists. It is time he starts his revolution through music for his effort in educating the Muslims has only gone awry with those Brits who have gone through proper education in UK have joined the anti-West movements in the Middle East which take pride in executing innocent Westerners be they journalists or humanitarian workers who went to deliver goods and comforts to the oppressed and the displaced. As he sees more hatred and revenge that pains his heart more as a Muslim rather than a Westerner.

I am no admirer of Cat the Stevens, as he was popular when I was growing up in rural India with Tamil and Hindi songs. But when I came to Singapore I saw my brother's file cover with Cat Stevens' photo with his guitar on one flap and the other flap with George Best the footballer. I didn't see the significance of keeping any such picture, let alone of any star. I did not associate myself with any group. But I had the pleasure of meeting Shaykh Yusuf in person when I was pursuing my doctoral program at the University of Edinburgh (probably in 1993). I met him in connection with getting financial help from Muslim Aid to cover my living expenses there. While acknowledging the importance of my field of research he declined to provide any assistance. He misread my name for Hikmat Yar (The Afghan Warlord). 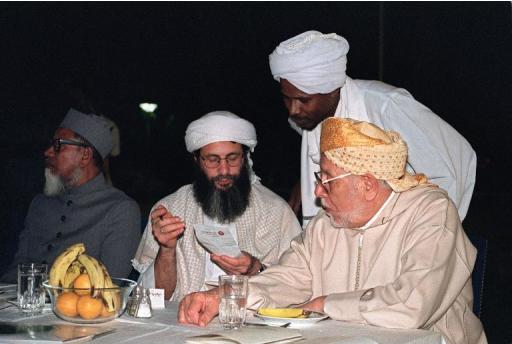 What interests me now is his new mission to reach out to the otherwise frustrated Muslim youths who are deliberately mislead by destructive forces and the increasingly apprehensive Western audience who have grown disillusioned with the peace message of Islam which Shaykh Yusuf is trying to communicate through striking a delicate note through his guitar. Unfortunately, in many of the Muslim institutions of learning his approach to reach out to people through music will not go down that well because of the increased presence of salafi ideology that strictly prohibits music. These salafis have robbed Islam of its inner voice that was so eloquently expressed in words couched in music and rhymes.

I have been advocating for the inclusion of Islamic Fine Arts in Islamic institutions of Higher Learning, perhaps as part of Muslim Cultural Studies, but so far it has fallen on deaf ears, as there is a general lack of initiative on the part of decision makers to take the bold first step. I am sure given the immense opportunities and many hidden benefits such an inclusion may offer to Institutions, it is timely for these institutions to start expanding the coverage of Islamic Studies to [a] religious studies, [b] cultural studies, and [c] area studies, with students taking some core and elective subjects from these categories according to their specialization. These could be offered as part of interdisciplinary studies as well.

Inclusion of music as part of interdisciplinary studies will be very useful, since many of the otherwise disenchanted youths will find legitimate way to channel their untapped energy and thereby keeping them away from radicalization. The path taken by Yusuf Islam to reenter the music scene must be commended as he seems to have found a lofty purpose behind his mission driven by his passion. I wish him success in his Da'wah bi 'l-Ghina' [Da'wah through Music].

READ: CAT STEVENS' NEW MISSION
YUSUF ON MUSIC
Posted by Hikmatullah at 8:42 AM

Welcome to my blog. The purpose of this blog is to share my thoughts based on reading and reflection. Visitors are encouraged to participate openly and positively. Critical views are appreciated but kindly observe decency in expression.